Will and Harry got off to a fast start with two early birdies and were 4 up after 6. Daniel and Matt fought back and consolidated their position to be only 3 down after 12. Birdies at 15 and 16 saw them only 1 down after 18. Matt and Daniel drew square with a birdie at the 21st and another birdie at the 24th saw them hit the lead, which was quickly returned to square by Harry and Will on the next hole. The 27th and 28th holes were halved in birdies, a sign of the high quality of the match. Birdies at the 29th and a par on the 31st saw Daniel and Matt move to a 2 hole lead with just 5 holes to play. On the 32nd Daniel rolled in his birdie but again, the youngsters countered with a birdie from Harry that kept them in the hunt with just 4 holes to go. Harry then went onto birdie the 33rd after hitting the green in 2 to edge them back to just 1 down with 3 to play. The 34th saw Will make an up and down par from the back bunker which was good enough to level the match. On the 35th both of Harry and Will hit the green and par was enough to take a 1 hole lead into the last. On the 36th Will, Daniel and Matt all found the fairway with Harry’s ball drifting into the long grass on the left. With Will, first to play he calmly slotted a 5 iron to 3 metres pin high left of the middle right pin. With the match on the line Daniel delivered his trademark response with his approach settling just 2 metres from the pin left and slightly above the hole. With Harry out of the hole, Matt played his 3rd to the back of the green leaving a considerable length putt for par but giving them the next shot. After some careful consideration of their position Matt and Daniel decided that Daniel would putt first to try and secure the birdie to put the heat on Will who would then have had to match the birdie or the final would go into extra time. Unfortunately for Matt and Daniel his putt slipped agonizingly past the hole leaving Will with the task of 2 putting from 3 metres to secure the title. Will then calmly rolled his putt to “gimme” distance. When Matt and Daniel duly conceded the next putt Will and Harry were crowned A.E Clifton Shield winners for 2020, the 39th winners of the Shield established in 1982.

The standard of golf was fabulous, and all four players played the match in a tremendous spirit. Congratulations to Harry and Will, commiserations to Matt and Daniel, who contributed to a great final. Thanks also to the spectators, which added atmosphere and support which I am sure was appreciated by all players. Will and Harry will be presented with the Shield at the Annual Presentation dinner in November. 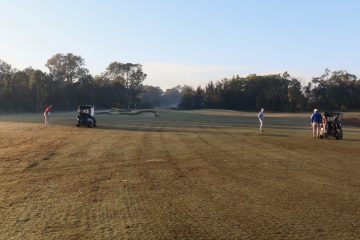 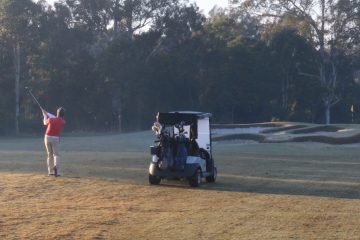 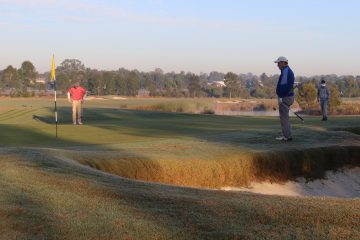 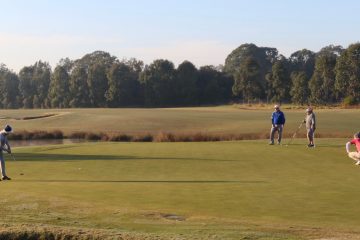 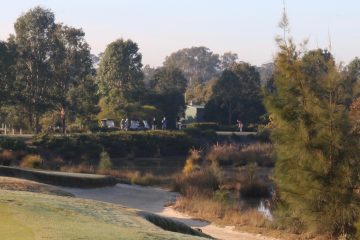 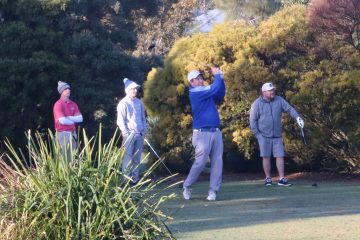 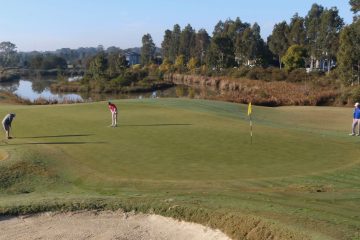 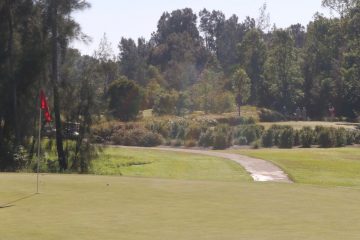