HARRY “HIGH TAILS” IT TO KOOYONGA

SRGC elite scholarship player Harrison Wilde made a quick departure from the Major Pennant game at Bankstown this weekend.
Harrison was off to the airport to head to Adelaide to compete in the Australian Amateur Championship at Kooyonga Golf Club from Tuesday the 9th of February till Friday the 12th.
The Australian Amateur Championship would normally boast a strong international and Australian field, however, as with most things COVID has had its effect and this year’s field is primarily Australian.

The Championship was first played in 1894. The first champion being Louis Whyte, who played off a handicap of six and whose clubs consisted of two woods, three lofting irons and a putter. Golf technology has moved on a little bit since 1894!

Notable past winners of the medal and or championship include Brett Rumford, Michael Campbell, Cameron Smith, Jason Day and SRGC’s Darcy Boyd in 2018.

We all wish Harrison the best of luck and if you want to keep a track of his progress visit golf.org.au 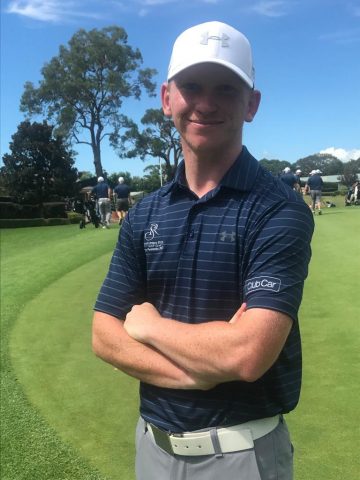