To access the Men’s Club Championship Leader Board, click on any leader board on your member portal, press “home” (top right) and scroll down to 13/11/21. Click on the leader board you want to view.

Men’s Club Championships – Round 3 Wrap Up

Significant rain throughout Thursday and Friday unfortunately led to the course being in such a condition that carts were not allowed. It was regretful that this led to some competitors having to withdraw, whilst others found the forecast a little too daunting. As a result, the Championship fields, in all grades were significantly depleted.

For the hearty souls that braved the conditions, they experienced a very wet course with all bunkers GUR and 30cm preferred lie in the general area. The early starters got the worst of the rain, whilst those teeing off from around 9am had far less rain to deal with. Winds remained moderate throughout the day.

Ken Rush leads on 256 following an 87. Neil Brown is in close pursuit on 257, followed by Steve Wilde and Jamie Ginns a further 2 shots back on 259. This looks to be a tight battle next Saturday with plenty of contenders in position to push for victory. Neil also leads the nett, tied with Robbie Basha on 218.

Danny Hegarty heads the field on 274 after shooting a 90. Stephen Cafe is one shot back on 275, whilst Danny Foster is third on 282. Danny Hegarty and Stephen have some clear air behind them, but things are sure to tighten during round 4. Danny Hegarty also leads the nett on 208, followed by Ian Murray (213)

Ryan Cadle following a 76 has moved into the lead on 222. Kade Webber is the nearest contender 1 shot back on 223. Darcy Mackay fired a solid 73 to pick some shots up and finish round 3 with a total of 234.

Matt Horton’s 70 has allowed him to put significant space between him (217) and Todd Ostler and Craig Baird who both sit 9 shots back on 226. Some serious chasing required to close the gap.

The Round 3 timesheet will be adjusted to cater for the seeded groups a little later this week. “Moving Day” is passed, and I am sure all competitors are looking forward the “Championship Saturday”.

The 2nd round of the Men’s Club Championships was played on Saturday the 20th of November. Cool, overcast conditions welcomed competitors and there was no sign of the high winds of round 1. The course played a lot easier than round 1, but, playing from the plates to tight pins is never an easy assignment.

Kade Webber took the lead in the Championship firing a solid 71 for a 2 – round total of 144. Fellow Junior, Ryan Cadle is keeping close watch, 2 shots back on 146. Whilst 3 players, Nathan Anning (69) after returning the round of the day, Jacob Carpenter and Matt Horton all sit 1 shot further back on 147. The cut for the seeded groups is 151.Jacob Carpenter (131) holds a commanding lead in the net from Ashley Mackay (137) and Ryan Cadle (140)

The Junior Championship is set up to be a battle between Kade Webber (144) and Ryan Cadle (146). Whilst we all know golf is a strange game, it is hard to see it any other way with the next best placed, Darcy Mackay on 161.

Things are hotting up in the Seniors with defending Champion, Todd Ostler (151) returning a 72 and moving into second place, 4 shots back from Matt Horton (147). Craig Baird (152) is a further shot back from Todd.

Still a long way to go after hitting the half – way mark. The seeded groups commence at 9am next Saturday beginning with C Grade. There may be some minor adjustments to the time sheet to accommodate the seeded groups. As well as the leaderboards available on the website a hard copy is posted on the window of the competition office (where cards are scanned).

The Men’s Club Championships got underway on Saturday the 13th of November. Significant rain on the Thursday prior left the course damp. Thanks to the efforts of our greens staff we were able to get most bunkers back in play. The course played long with the reduced run and in combination with winds in the region of 35kph, it was a challenging day on course.

The major event for the Championships is the gross (scratch), with the net (handicap) event being the minor prize. A gross winner is ineligible for a net prize. 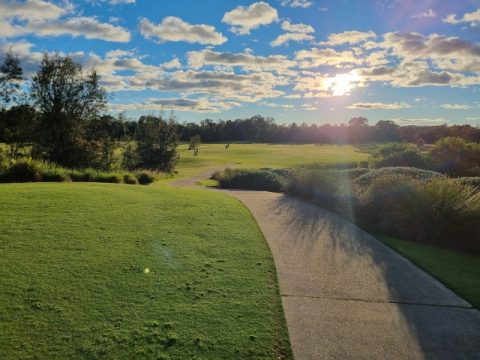 Ashley Mackay leads the Championship firing a fine 72 in difficult conditions. He is followed 1 shot back on 73 by Jacob Carpenter, Matthew Horton and Kade Webber. Given the tough conditions it is great to see such good scoring. With 21 competitors within 7 shots of the lead it looks to be a very open competition. Jacob Carpenter (65) leads the net from Ashley Mackay (66) and Craig Baird (70)

Ken Rush returned an 80, to lead the grade from Brett Malouf (83), with Jamie Ginns and Gary Pilling a further 3 shots back on 86. The leaderboard is quite congested from 5th onwards with 16 players within 10 shots of the lead. Ken Rush (68) leads the net from Brett Malouf (69) and Trevor Malzard and Glen Giles, who both recorded 72.

Zaldy Pamintuan recorded a 92, to head the C Grade leaderboard and is closely followed by Parvin Gounden, Danny Hegarty, Brian Soulsby, Stephen Cafe and Gary Raab who all returned 93. It doesn’t get any less congested from there, with 28 players within 8 shots of the lead. Gary Raab (69) leads the net, from Danny Hegarty and Tony Payne, both on 71.

Last years protagonists, Ryan Cadle and Kade Webber were the fast starters. Kade, looking to finish 1 spot higher than last year leads following a 73, whilst Ryan, our defending Junior Champion is one shot back on 74. Darcy Mackay is next on 79.

Matt Horton, new to the category, leads after recording a 73, closely followed by Craig Baird on 74 and Paul McGuffie on 75.

As we head in to round 2, one thing is sure. It’s not about who leads after round 1, 2 or 3. The contest is determined after 72 holes and the competition in all grades and categories is very open with most competitors only one good round away from being in contention. Full round 1 results can be viewed in the leaderboard section of the website whilst cumulative leaderboards for gross and net will be available on the website after the completion of round 2. 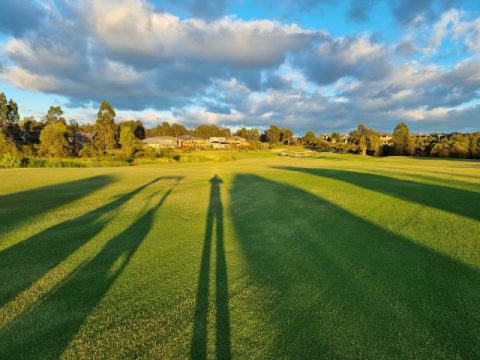 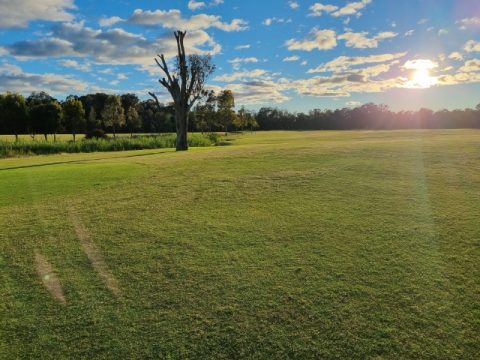